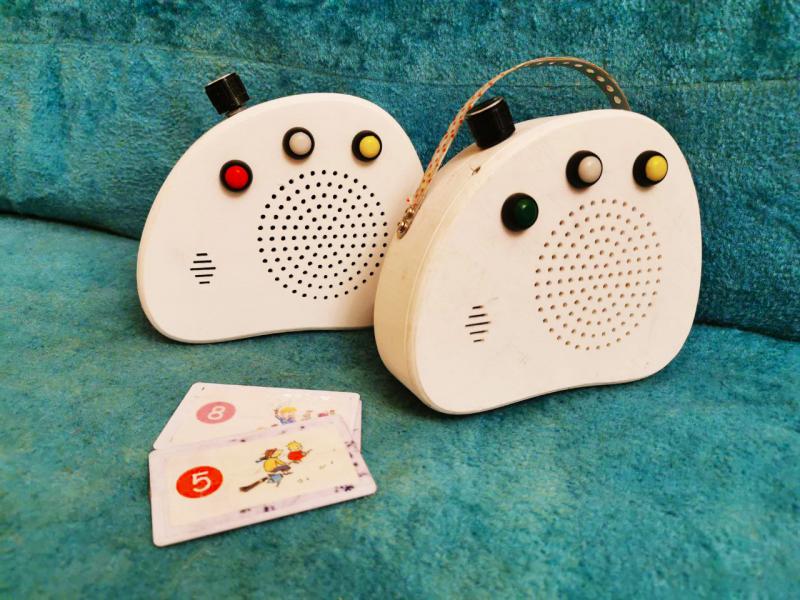 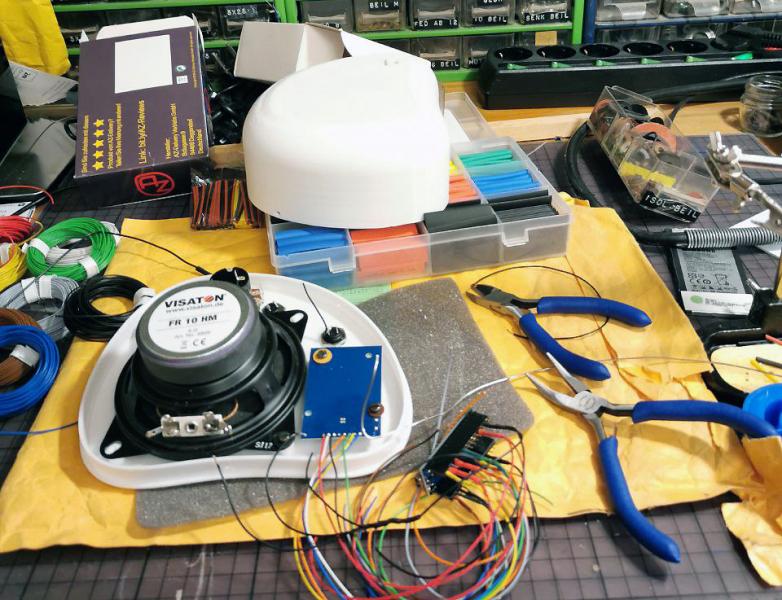 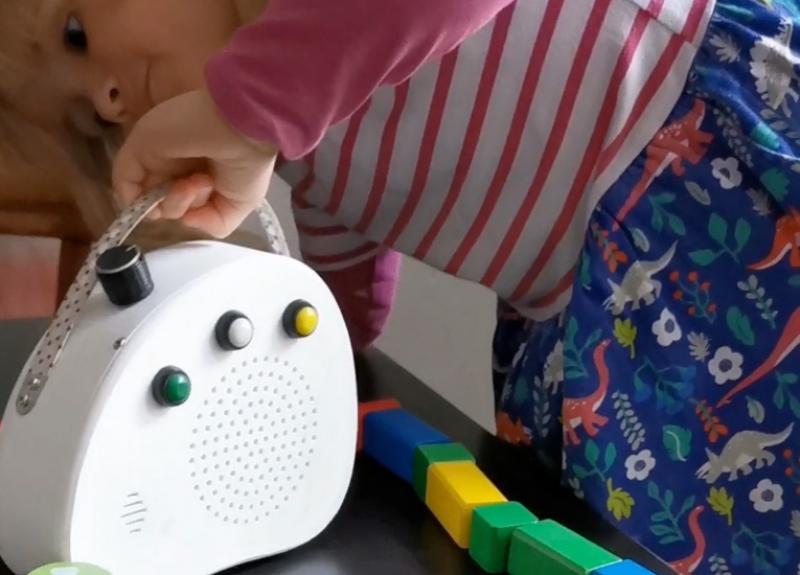 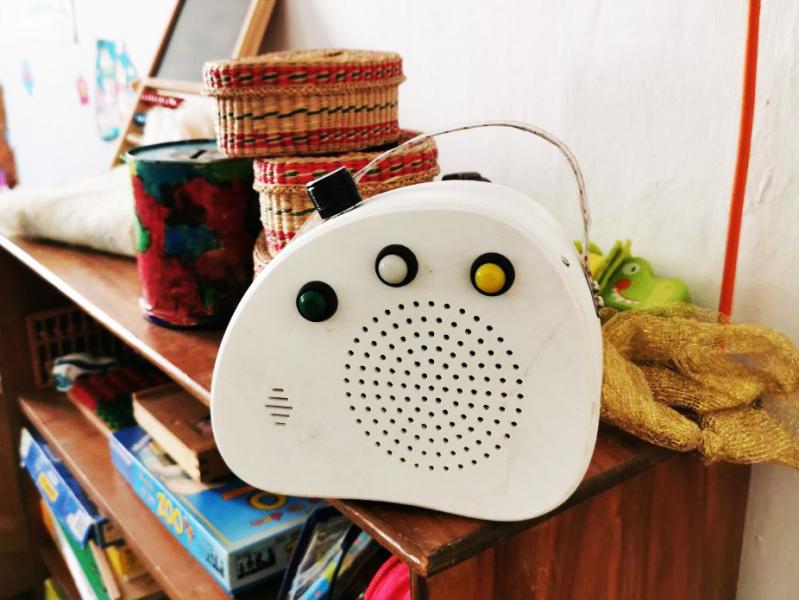 My four year old daughter became a YouTube conductor and I don't always feel like searching out the songs and radio plays she wanted, I built the Carophone based on the TonUINO set from AZ-Delivery, inspired by the Voss family. Caroline now has the option of selecting the radio plays and music lists herself and playing them using RFID cards. With the volume control she can easily switch on the device and adjust the volume, the three buttons on the front allow her to pause the tracks or to move back or forth in the music / audio playlists. We installed an old Samsung cell phone battery, which can be charged with a USB mini cable on the back. The music / audio playlists are on a micro SD card, which can be removed easily from the back and can be expanded. I designed the housing with Autodesk Fusion 360 and after some design changes, I added some brackets for the components and printed them with an Anycubic 3D printer.

We have installed the following components in the Carophone: