Why do I keep buying stuff from HP? 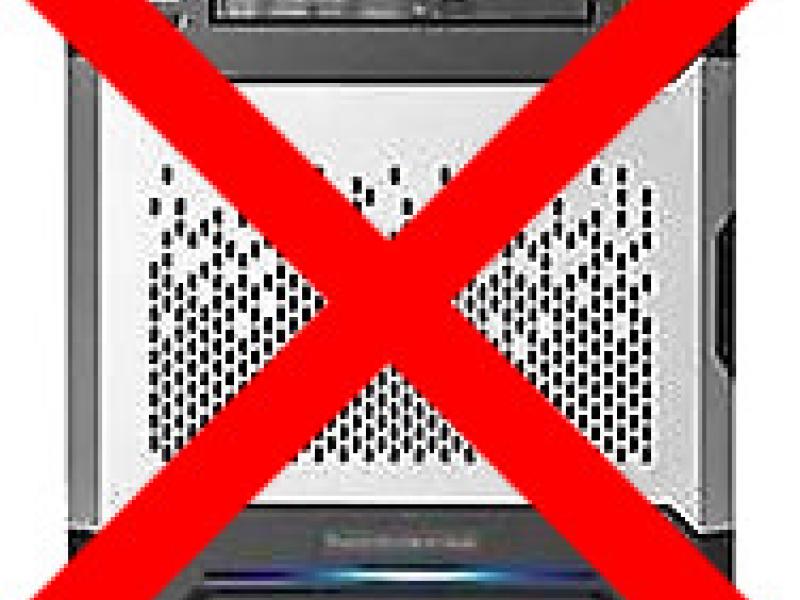 When I started working as a network administrator in 2007 I got tasked to set up a new HP ProLiant server.

The server shipped with Windows 2003. I'm not really a Windows guy, but with just some clicking around I managed to set up an NT domain with server stored profiles for all the clients. But it crashed every other day. No custom software was installed on it - RAM was OK, drivers up-to-date, hardware diagnostics went fine, it was just really unstable. So during one weekend I backed up all the data, wiped the thing and put Linux on it. Since then it ran smoothly. (Later on we needed Windows 2003 for some other software, I put it in a VM, and it ran stable).

Problems started when we had to put more services on it. The thing had two 72GB, 2.5 inch SAS disks inside - in a proprietary enclosure. Expanding the storage was really expensive because you had to buy "genuine" HP parts which contained the same harddisks you could buy normally, only in an overpriced enclosure. At one point we had to upgrade the storage really really quickly so I went to the nearest supermarket which also sold some electronic products and bought three external USB harddisks. But I didn't just plug them in, I disassembled them and plugged the 2.5 inch SATA disks which were inside directly into the SmartArray bay. Of course the disks were just dangling off the SAS ports because they lacked the custom enclosure, but it worked quite well in the RAID 5 configuration. We had this system for many years ... (Did I mention this was quite a while ago? I wouldn't do this nowadays …)
And by working "well" I mean "well" for HP standards. Writing to the disks was not only unbearbly slow, it also blocked the rest of the disk subsystem! So I had to keep all the "live" data on the small SAS drives and move infrequently accessed data and nightly backups over to the RAID 5 :/ That took quite a bit of juggling ...

Fast forward 8 years, at my new job we have only one HP box, a neat little MicroServer sitting quietly in a network cabinet. It has regular 3.5 inch SATA harddisks inside and works quite well. Even when we put FreeBSD on it, it had no issues with the hardware whatsoever. Except that it takes ages to boot. No servers boot fast, but HP boxes seem to take extra long.

Being happy about the HP server box I thought: "Hmm, maybe they have improved over the years..." So I bought two more, one for a client, one for our coworking space.

Then problems started rolling in:

The most issues I had with the third server:

The other non-HP servers we manage are mostly Supermicro boards and they work great! They have all kinds of hardware configurations like mixed SSDs and HDDs, additional 1G and 10G NICs... One even had an ISDN card. None of the issues mentioned above and the systems are rock solid! Of course the remote consoles have some quirkes - I haven't seen any remote KVM solution that doesn't suck - but at least it works. Also with Supermicro you get all features right out of the box, no additional license costs.

Why can't a big company like HP get things right?

The Dell servers we manage also have some weird proprietary disk systems, but at least you can get enclosures for a reasonable price.