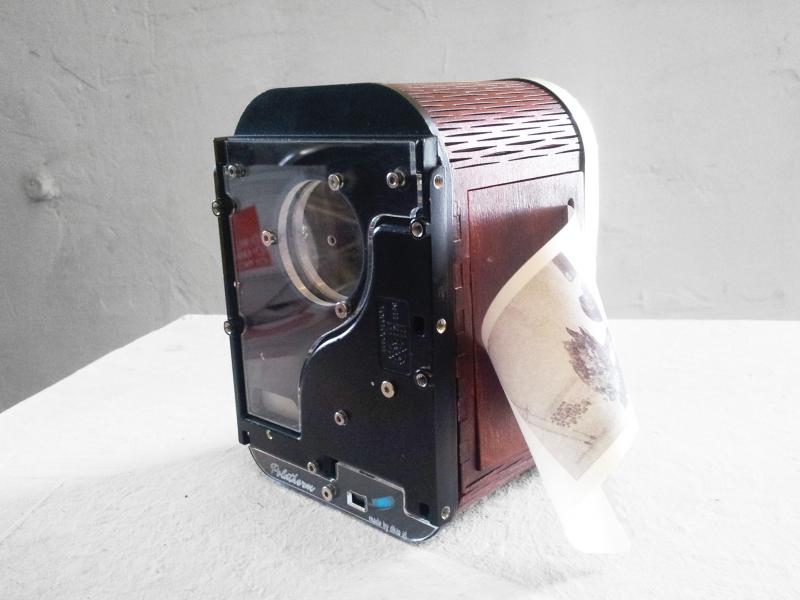 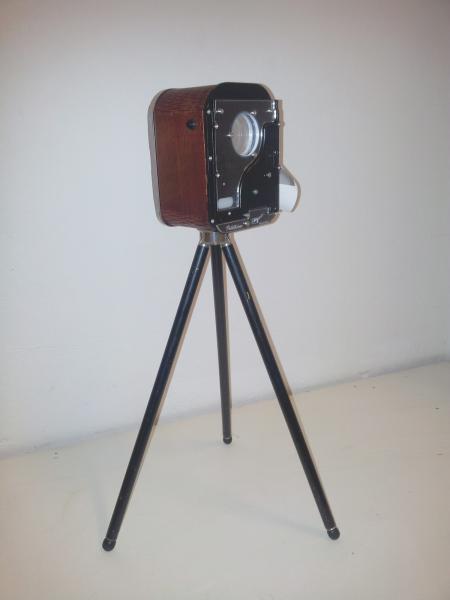 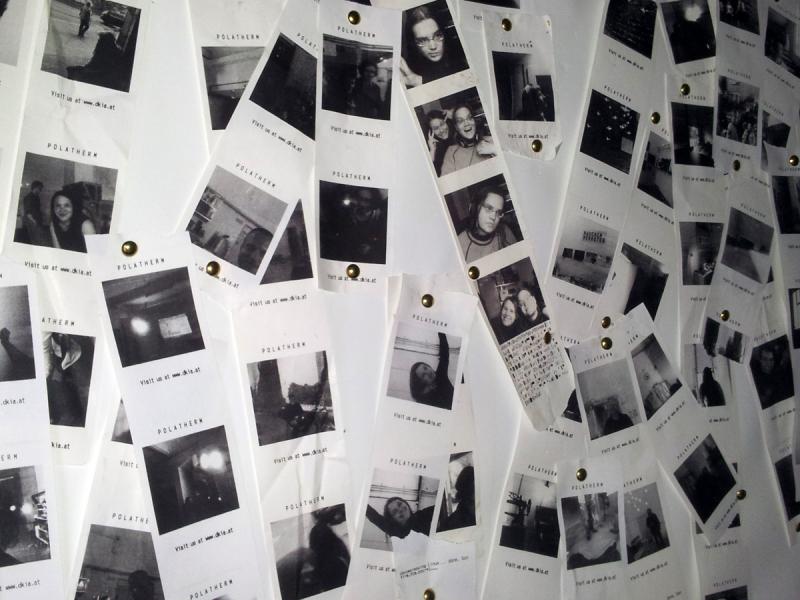 The Polatherm is an instant camera based on the thermal printing method. The photo is printed out in black and white immediately after shooting.

The front and rear panel of the camera consists of the case of an old hard drive. The wooden case made ​​of poplar wood and is based on the parametric Flexbox. Geometric pattern are lasered into the wood, which allow to bend the corners. The lettering and the veneer on the front side of the camera has been laser cut from acrylic glass. All lasers work was made ​​in the Vienna FabLab Happylab. Inside the camera case the thermal printer Cashinotech CSN - A2 - T, 2 batteries, 1 Raspberry Pi, 1 Raspberry Pi Cam, 1 charge controller, 3 watt high power LEDs and 1 rgb LED are installed. The power and charging status are displayed and can be recharged with a USB cable. Photos are generally shot with flash light and stored on the microsd card of raspberry pi. When connecting the card to a computer it is possible to retrieve the photos and edit the header and footer text.

The camera can be rented from us and has been used at openings, birthday parties, markets and fairs. The Polatherm is a true eyecatcher on every event ;)