On 1 Oct, 2016 By Nora 0 Comments
Messing around with FUJI FWAVE solar panels 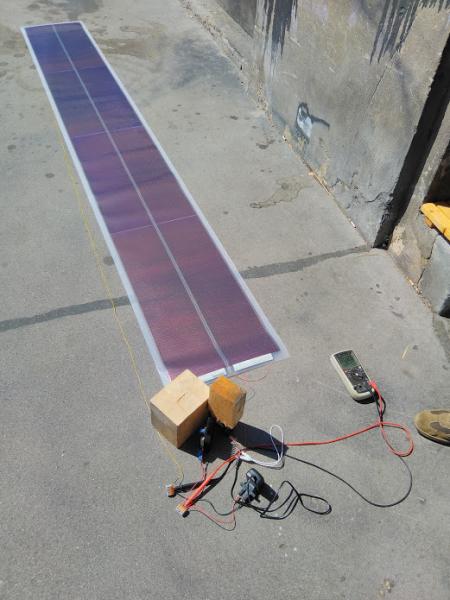 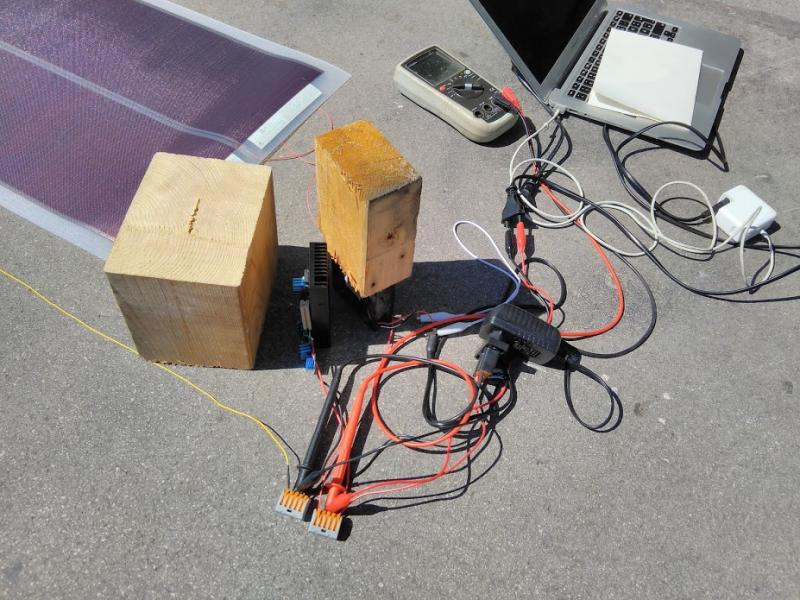 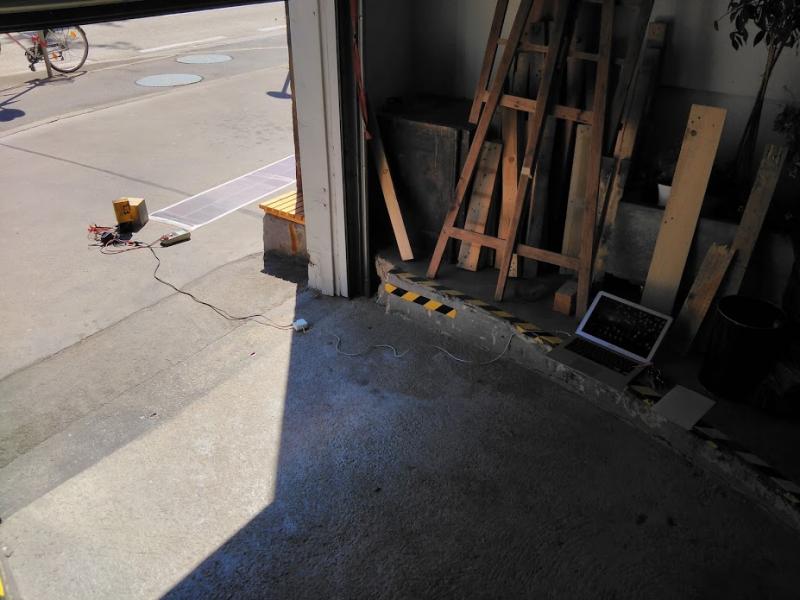 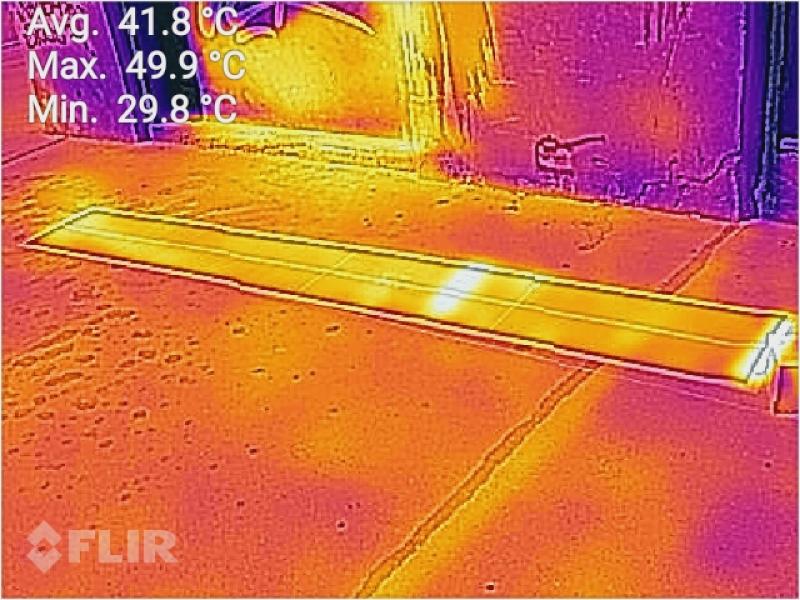 The FWAVE FPV1096SLN is a rollable solar panel with a peak output of 92W. It was available for around 50 € or $. Unfortunately it's bit hard to find nowadays. They seem to be not manufactured anymore and there is no replacement (yet). Too bad.

[I've got quite a few people ask me where to get those panels. The answer is: I don't know. Try eBay - sometimes a few pop up there. If you know where else to get them or if similar panels are manufactured again, please let me know! I'll put a link here.]

But still, a portable 92W solar panel for just 50 bucks! Amazing! Incredible! ... Where's the catch? - There is one, of course. Those panels are not really meant for the hobbyist sind you can't just attach a 12V battery to it. All the individual cells are wired in series. The open circuit voltage is a whooping 420 volts. If you touch that you won't just die, it will hurt the whole time you are dying, so for the flying spaghetti monsters sake, be careful!!

So what can you do with it? Turns out there are a lot of possibilities. The datasheet says the maximum power output is achieved at 320V. OK, that doesn't seem to be much better, but bear with me for a moment. Take a look at a typical power supply for a phone, laptop, e-bike, whatever. After all the filtering and PFC (power factor correction) it will contain a rectifier. Here in Europe we have 230V AC power. If we rectify it .... [opens calculator: 230*sqrt(2)] ... we get 325V. That's close enough to the panels optimum voltage. So it should be possible to just wire the panel directly into the two prongs of any power brick? Errr... almost. Some thing to consider:

Except for the last bulletpoint, all issues seem to be quite manageable. But how do we step 400V down to 325V? Well, we don't really have to use a complicated buck or linear converter, we can use a simple shunt-regulator. A shunt regulator will apply a variable resistance to the circuit using as much energy as neccessary to get the voltage is into the desired range. Any by using I mean wasting, converting it to heat. In this application it's not a big deal since there's no way to store the energy anywhere and it's better to dissipate it in a heatsink than in the solar panel.

The circuit is surprisingly simple. All we need is a powerful N-channel MOSFET, a zener diode and a resistor. Oh and a heatsink, a really really big heatink to mount the MOSFET on. A fan might be a good idea as well. The Source of the MOSFET goes to the negative rail, Drain to the positive. The zener-diodes goes between the positive rail and the gate, the resistor between the gate and the negative rail.

In my circuit I used three 100V zener diodes in series since they are a lot cheaper than a single 300V diode. The MOSFET has a Vgs of 15V so if we add that it brings us nicely into the desireable range. Ideally you would always use as much power as possible and not leave it in the sun unconnected since that puts a lot of stress on the MOSFET.

It would probably work with a KTM e-bike charger but a single panel wasn't enough. It briefly started charging, then the volage dropped too low and it indicated an error condition. An old Thinkpad power supply totally refused to work with the solar panel at all.

None of the tested devices got damaged in any way though so this is leaving me in a positive mood to do more testing, maybe even with a second panel.

And again: 400V ARE DANGEROUS!! If you don't know how to safely handle high voltages then DON'T. Even if the panel is lying upside-down in the sun there's considerable voltage on the terminals! I've measured over 200V. It's only safe when rolled up and/or in the darkness.

This is Public domain. Build it, use it, call it your own, do whatever you like. Just don't hold us accountable.